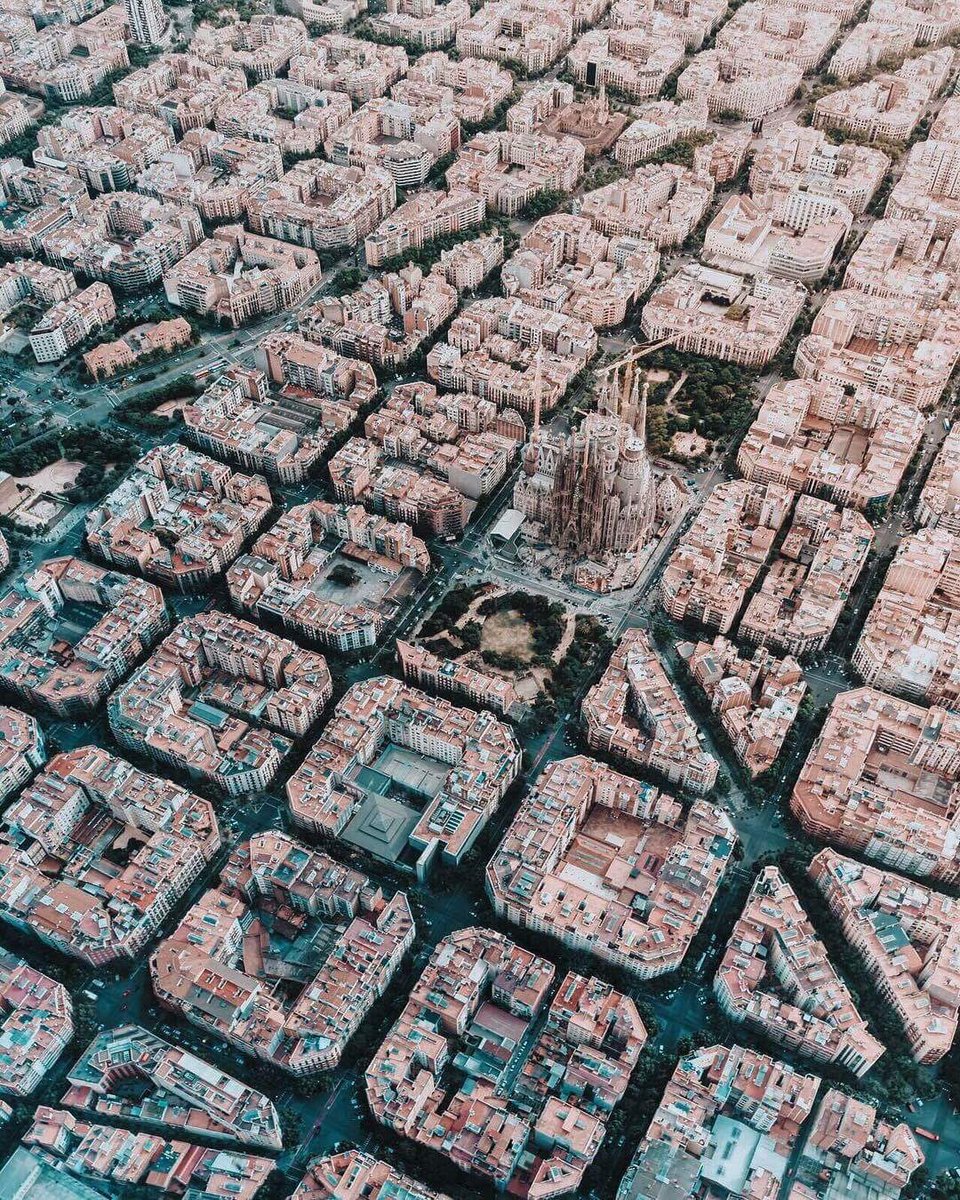 Came across this lovely pic from Derek Hopper‘s tweet of a view from the top of this beautiful city. Indeed Barcelona looks unique from the sky.

My first trip to Barna was donkey years back when I was working on some UK/Spain business projects. It was a short trip and by myself but I fell in love with this European city then.

The second time I re-visited Barcelona was with wifey when we started our annual race-cation of European races with the Madrid Rock-n-Roll 10K run in Apr 2012. We dropped in via Madrid, did the run on a weekend, then hopped over to Barcelona for a few days.

Part of the reasons we detoured to Barcelona – from Madrid – was to attend IL DIVO’s live tour which happened to pass thru Barcelona on the week we were there (ie 26th Apr). IL DIVO also performed in Madrid the same week, however their Barcelona leg would be in the fame Palau Sant Jordi arena and you don’t want to miss attending a live concert in it!

Being in Spain, the songs were mostly in Spanish with some in Italian and I think there was only one (or two) song in English, and that’s MAMA. Anyway I’ve always thought their songs sound better in non-English except for MAMA, perhaps becoz the lyrics resonated with me.

We do love Madrid (for different reasons) but we love Barcelona more! haha. I’m pretty sure we’ll be back here again in the near future, this time with baby Rachel tagging along. 🙂